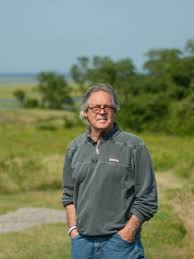 An award-winning investigative reporter and author, Greg was diagnosed with early onset Alzheimer’s in 2009. He has been writing, chronicling, and talking about the process ever since. Greg’s book, On Pluto: Inside the Mind of Alzheimer’s , has been described as “heartbreaking, defiant, profound” and a new edition was just released this summer. Greg has served on the national Alzheimer’s Association Early Onset Advisory Group, is a patient advocate for the Cure Alzheimer’s Fund of Boston, and is a board member of the distinguished UsAgainstAlzheimers in Washington, D.C.