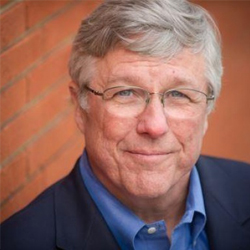 GAP President John Dwyer spoke with Duane Schulthess on the Vital Health podcast about everything from the work that GAP is doing with the Davos Alzheimer’s Collaborative and the CEOI and the CMS decision several months ago.

“It’s just a fact that there are a lot of us that are sick with Alzheimer’s. It is the size of the community of patients that were going to be potentially receiving the drug, [Aduhelm], that caused [the Centers for Medicare and Medicaid Services] to reconsider how they’re going to go about covering the drug. I strongly believe it.”

In the latest Vital Health podcast, GAP President John Dwyer talked with Duane Schulthess, managing director of Vital Transformation, about everything from the players who are making Alzheimer’s their own moonshot challenge to the controversial decision the Centers for Medicare and Medicaid Services made last April to prohibit coverage of a whole class of beta amyloid-fighting drugs, to being a life-long Democratic voter, and the high price of drugs like insulin.

On the subject of the CMS decision . . .

“Medicare had never not covered to label [before the Aduhelm decision].”

“. . . Price was never an issue. It was the volume of patients that were involved that caused [CMS] to say ‘We need to have an understanding of the clinical benefit’ . . . They had never raised it that way”

“They applied it to the whole class. It is that action that your listeners need to understand . . . The fact that they covered the whole class has persuaded me that it was cost. Because  think it’s about cost. Every one of those drugs targets that 1.2 million. That’s what makes me think they created a brand new legal mechanism, maybe it’s lawful, maybe it’s not. I think the real question is if they had the authority to do it.”

“It’s not only really bad for Alzheimer’s patients, but . . . for any of the graduates of an accelerated approval, because they are now exposed going through the same analysis.”

On the HHS, the Biden administration and FDA

“The Washington perspective is that Sec. Becerra is not paying attention to [CMS] the way others have in the past, and it shows. This is a function of dysfunction. And that’s not a good outcome.”

“I think the [Biden administration] is uncomfortable with the disequilibrium that is clearly present between the FDA and CMS. The new head of the FDA has demonstrated that he is going to try and right the ship.”

On the impact to pipeline

“At some point, the numbers deter people from moving forward on [Alzheimer’s] drug development”

The conflict between CMS and FDA “destroys innovation and delays drugs getting to patients.”

On GAP’s work with groups like the CEO Initiative (CEOI) and the Davos Alzheimer’s Collaborative (DAC) . . .

“It’s a very unusual program looking at very different types of health systems in trying to look for a methodology that will lift almost any kind of practice environment to better diagnosis this disease, which is woefully and inadequately diagnosed.”

Listen to the full podcast here.