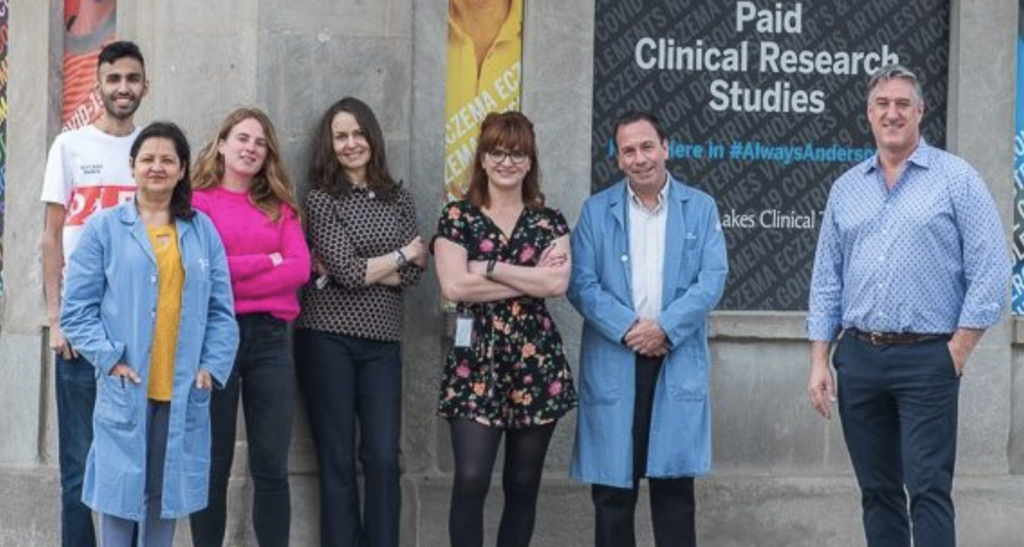 Chicago’s Great Lakes Clinical Trials is now enrolling volunteers with and without memory concerns in the Global Alzheimer’s Platform Foundation’s Bio-Hermes Study. The study seeks to evaluate how blood or digital biomarker tests could best help predict the presence of amyloid plaques in the brain, a hallmark of Alzheimer’s disease.

The Global Alzheimer’s Platform Foundation’s focus is to make Alzheimer’s testing and resources accessible and accurate for every population, inclusive of the African-American community. Black people are 2-3 times more likely to receive an Alzheimer’s diagnosis, but this population is severely underrepresented in clinical research. Thus, the Bio-Hermes Study has committed to enrolling at least 20% Black and LatinX volunteers, nearly 4 times the national average in Alzheimer’s research. “We are committed to diversity in our recruitment because the science demands we consider the effectiveness of biomarker tests on various populations. We know that Alzheimer’s kills slowly and impacts every racial group but takes a particular toll on African Americans,” said John Dwyer, President of the Global Alzheimer’s Platform Foundation.

The Foundation recognizes that part of the underrepresentation in clinical research may stem from mistrust within the black community due to the history of abusive practices in the name of research on black bodies. The Foundation states that they are committed to being transparent about each part of the study and adhere to the strict standards “We’re excited to hear from Chicago-area residents who are interested in learning more about their brain health and helping scientists study biomarker tests. The use of biomarkers could lead to earlier and more frequent detection of amyloid in the brain, prompting more people to seek early intervention for Alzheimer’s. In the future, early detection will give people more time to plan, and the option to participate in clinical trials for potential treatments or cures,” said Steve Satek, President of Great Lakes Clinical Trials.

Bio-Hermes is the first-ever platform study to compare the results of blood and digital biomarker tests with the results of PET scans and traditional cognitive tests. Volunteers receive a PET scan at no cost to them, the gold standard for an Alzheimer’s diagnosis that is often inaccessible given a high price tag and limited availability. The information volunteers will receive may be presented to their primary care physicians and help inform decisions around new treatments as well as help predict the likelihood of the volunteer developing Alzheimer’s. The Global Alzheimer’s Platform Foundation’s strategic partners for the Bio-Hermes Study include AbbVie, the Alzheimer’s Drug Discovery Foundation, Lilly, and Merck. Technology partners are Aural Analytics, C2N Diagnostics, Cognivue, IXICO, Linus Health, Quanterix, and RetiSpec.

While there are risks involved with this study, as with any clinical trial, such as the general risk involved with blood draws and PET scans, the study aims to make its participants feel as comfortable, as possible. There is no investigational medicine involved in the study and these studies have been cleared by the FDA. “The tests utilized are similar to those used within a doctor’s visit for diabetes or glucose levels, or a game that one might play on their tablet and thus have similar risks” states Dwyer. The Foundation is also prepared to provide transportation to and from the three visits required for the study and will also provide a stipend for participants’ time.

In order to volunteer for the study, participants must be between 60 and 85 years old and have someone who can participate with them as a study partner. The study requires two visits with Great Lakes staff and one visit to a local imaging site over the course of three months, with the potential for a follow-up phone call (if needed). “If you are healthy, we want you. If you have concerns, we want you as well. If the person has moderate-severe in Alzheimer’s, then this study is not for them. Anybody that is African-American who wants themselves or someone else who wants to know about their brain health should join this study. The information that we will provide, could be invaluable. We can let you know if you are negative on tests and help you determine your risk level for Alzheimer’s, and we can also let people know if you have indicators so that you can make better decisions and the only thing that it costs you is time”, says Dwyer.

Originally posted by The Chicago Defender on July 13, 2021