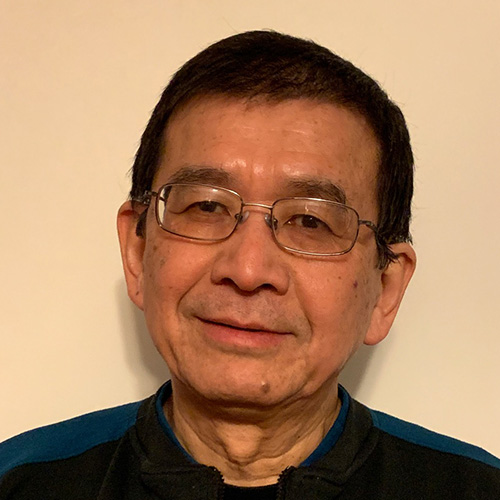 2020 Citizen Scientist Catalyst Award Honoree, Dennis Chan, was interviewed on his involvement with Alzheimer’s clinical trials and why it’s important to him.

When Dennis Chan’s wife started to struggle with memory loss, the family began a quest to learn more.

They began seeking more information about Alzheimer’s disease — a progressive disease that leads to the wasting away and death of brain cells.

With the urging of his children, Chan decided he wanted to help others facing a battle with Alzheimer’s, and enlisted as a volunteer research participant.

He also discussed the impact of Alzheimer’s on his own family, outreach to people of color and other underrepresented communities, and how can others can help in the Alzheimer’s fight.

Please tell me about your role with the Alzheimer’s foundation.I am a volunteer research participant at the Center for Alzheimer’s Research and Treatment at Brigham and Women’s Hospital, one of the Global Alzheimer’s Platform Foundation [sites, known as] GAP-Net sites.

This year, I was nominated by [the Center for Alzheimer’s Research and Treatment] for the National Citizen Scientist Catalyst Award, which recognizes a clinical trial volunteer who acts as a stimulus in bringing about or hastening a resultthrough creative, new, and novel approaches to encourage clinical trial participation.

The award is one of the four National Citizen Scientist Awards organized annually by the Global Alzheimer’s Platform Foundation, a patient-centric nonprofit dedicated to accelerating thedelivery of innovative therapies for neurological disorders by reducing the duration and cost of clinical trials. I was then fortunate enough to be recognized by GAP as that national honoree of this year’s Citizen Scientist Catalyst award.

How and when did you get involved?My involvement with Alzheimer’s started about 10 years ago when my wife experienced memory difficulties that were similar to symptoms of Alzheimer’s disease at age 55. We contacted andreceived support from the Alzheimer’s Association and learned more about [Alzheimer’s disease] through publications and seminars.

We became aware of the Alzheimer’s Association’s TrialMatch program that links people who are interested in participation with researchers who are conducting Alzheimer’s disease-related studies. I became an Alzheimer’s clinical study participant around three years ago.

Besides the desire to help find a cure and prevention for Alzheimer’s disease, I decided to volunteer in response to my children who challenged me to do something instead of just donating money.

How has the coronavirus crisis affected your efforts?The clinical study was suspended in March due to the pandemic, and everyone at [the Center for Alzheimer’s Research and Treatment] was working from home. My wife and I missed going to our study appointments, seeing the [center] staff, and spending the day in Boston.

Many studies were also paused or delayed, and we don’t know yet the full impact these changes will have on the search for a cure. Clinical trials are always looking for volunteers to accelerate their work, and now more than ever clinical trials need support.Sponsored VideoSponsored by Advertising Partner

Fortunately, the trial resumed in mid-July, with enhanced safety procedures. Although disappointed by the interruption, I feel that the suspension was necessary to keep everyone safe and help control the spread of the virus.

Among all the tragedies there were also some unexpected positives. For example: The crisis heightened the awareness of the economic and healthcare inequities that exist and reinforcedthe need for more diversity in clinical trial participation. More effort is being invested to connect and recruit participants from underserved communities.

Meetings and conferences, such as the [Centers for Alzheimer’s Research and Treatment] study participants and partners support group, and the Alzheimer’s Association International Conference, have been moved to the Internet — and become more accessible to people who would not have been able to attend otherwise.

Why is this volunteer work important to you?Several members of my wife’s family died of Alzheimer’s disease, and my mother also had dementia. Alzheimer’s disease does not just take away individual dignity, it also significantly impact the entire family.

Clinical studies need diverse participants to be truly successful. Being Asian, I am a member of a minority group. I hope my participation will encourage more people from underrepresentedcommunities to become involved in clinical trials.

Being a part of a team to find the cure and prevention for Alzheimer’s and improve the life of future generations is a wonderful feeling. Donating money is good but participating in the fight is better and more satisfying.https://5e4f675fd1e191585983c2c0df511c3b.safeframe.googlesyndication.com/safeframe/1-0-37/html/container.html

How can others learn more?[About] 90% of Alzheimer’s clinical trials are delayed by slow volunteer recruitment. Alzheimer’s research needs all kinds of volunteers – people with no memory loss, people with a family history of the disease, and people living with Alzheimer’s. To learn more about participating in clinical trials please visit www.brighamandwomens.org/research/labs-and-projects/cart/center-for-alzheimer-research-andtreatment and www.madrc.org.

For more general information about Alzheimer’s disease, the Alzheimer’s Association website www.alz.org has lots of information, and is very well organized and easy to navigate. They also have frequent seminars and workshops on a wide range of Alzheimer’s and dementia-related topics. There are support groups for people with Alzheimer’s and caregivers plus a 24/7 helpline.

The Dementia Friendly Westford website www.dementiafriendlywestfordma.org has information about local events and resources related to Alzheimer’s disease and other dementia. If you want to become an advocate for Alzheimer’s and dementia check, out UsAgainstAlzheimer’s.